Why I Preferred Xbox One S

It was introduced in August of 2016. I bought a Xbox One S model last week. Before we answer why I bought a console, let’s explain the features of the console.

The Xbox One S is designed to be 40 percent smaller in size than the current Xbox One model. Since my friend has Xbox One, I can compare it more easily.

Xbox One S also supports HDR and 4K video playback. In addition, I have a model with 1TB storage capacity. The Xbox One S, which looks more elegant and portable rather than smaller on the design side, is more convenient and comfortable than the old version.

The power adapter is quite small because the One S has an internal power supply inside the console. A Bluetooth feature has also been added to the product for easy connection of Microsoft Windows 10 devices and Xbox One to keep all platforms together.

The console, which includes an 8-core processor, includes VR technology and 4K quality gaming support. The game can be played with excellent image quality at 60 fps.

The reasons why I prefer to console games;

Advantages of the console platform;

The reason I prefer Xbox is because its price is cheaper than Playstation. Game prices are cheaper than the other with their campaigns. Also, Microsoft is constantly investing in this platform. Actually, I can say that it is a matter of choice.

They are alternative platforms where you can play games in perfect graphics and without crashing. If you buy less games and spend more hours like me, you can evaluate. 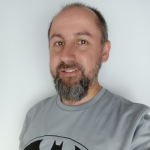 Tarık Günalp, who owns Günalp.com, which produces software-related content, is a volunteer software developer who writes code in his spare time without any commercial concern. It mostly supports open source projects.

GünalpWeb HostingMay 10, 202029
I wanted to write these interconnected topics in a single article. The differences of the http and https protocols written …
END_OF_DOCUMENT_TOKEN_TO_BE_REPLACED